By Debbie DiVirgilioDecember 6, 2018No Comments 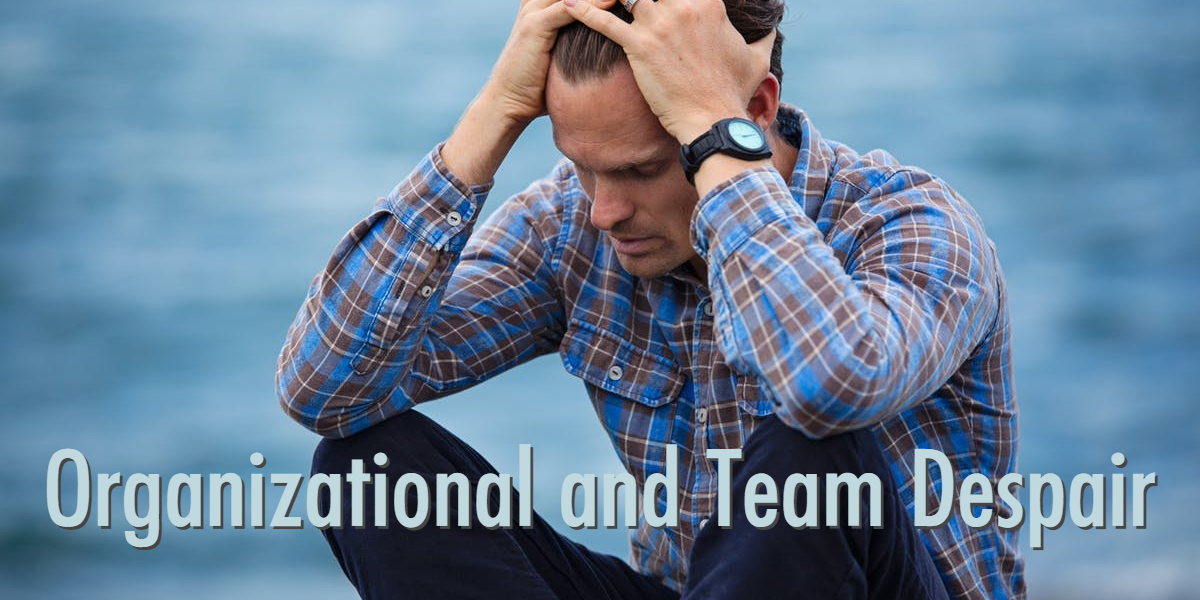 The following is an excerpt from Building Resilience with Appreciative Inquiry by Dr. Jeanie Cockell and Dr. Joan McArthur-Blair

We don’t commonly talk about our fears, and most of us are terrified of despair, of depression, of being immobilized forever by these dark feelings, and so we develop all sorts of defense systems. . . . Sometimes they work, work for years, but ultimately they go beyond their sell-by date, and it’s only then that you can talk to somebody who is immersed in dark feelings who has successfully avoided them for years. . . . One of the things is about recognizing fear and being able to acknowledge and accept people’s defense mechanisms against those fears and those black holes of despair.

The causes of organizational despair are as varied as organizations. Some organizations fall into despair due to the inability to bounce back after failures, to a lack of coherence between goals and the ability to achieve them, to issues between or among segments of the organization, to supervisory issues, to the power of negative members of the group, to long-term defeat, and to many situations. Sometimes despair arises during otherwise positive change processes, because of complex interpersonal issues. The difference between individual despair and organizational despair is in its scope of impact on people and systems. When individual leaders are in despair, they can use their strengths to weather what is going on. When an organization or team is in despair, shifting is much more difficult because a collective must tap into its strengths to move forward.

For example, we worked with a team in organizational despair. Underneath the despair was a lack of respect for one another. The team members persisted in being critical of one another and assumed others were incompetent. This way of being resulted in an ongoing lack of trust for one another that negatively impacted any strategy or innovation that was brought forward. Although they stated that they wanted to move forward, they were frozen by their lack of mutual trust. Organizational despair requires sustained effort both to understand the roots of that despair and also to focus on what is strong inside the organization and how those strengths can be amplified.

Appreciative inquiry is a powerful force when used for organizational despair. We use AI processes such as the 4-D model (discovery, dream, design, and destiny) supported by an AI approach to mediation, interviews, and visiting and revisiting the smallest of successes in forward movement. The nature of the storytelling and sharing successes begins to shift the feeling that the organization is stuck. To appreciate in this type of situation means to value what is working well, no matter how small, and to be deeply and fully aware of all that is going on. As in the previous example of organizational despair, being fully aware of the issues was an important part of the process. For instance, team members’ lack of trust impacted their ability to lead and move the organization forward, and we needed to hold that issue within the AI processes. During the design phase of the appreciative inquiry in these complex situations, we encourage teams and organizations to develop small steps. Small design steps create room for people to practice their resilience together.

Examples of these small steps might be (1) developing agreements for working well together, (2) developing principles for making decisions, (3) implementing structural changes, (4) reflecting on how they are being and doing together, and (5) making changes in how new ideas are presented and discussed. We encourage people to revisit their design steps often to foster, celebrate, and grow the strength of the team or organization. In the example, the team members created design steps to practice trust with each other and be trustworthy with each other.